This picture is the best of all from tcpipguide.com and am posting it because it as the most detail visual information  :
again tcpipguide.com is one of the best ressource out there for networking ressources . 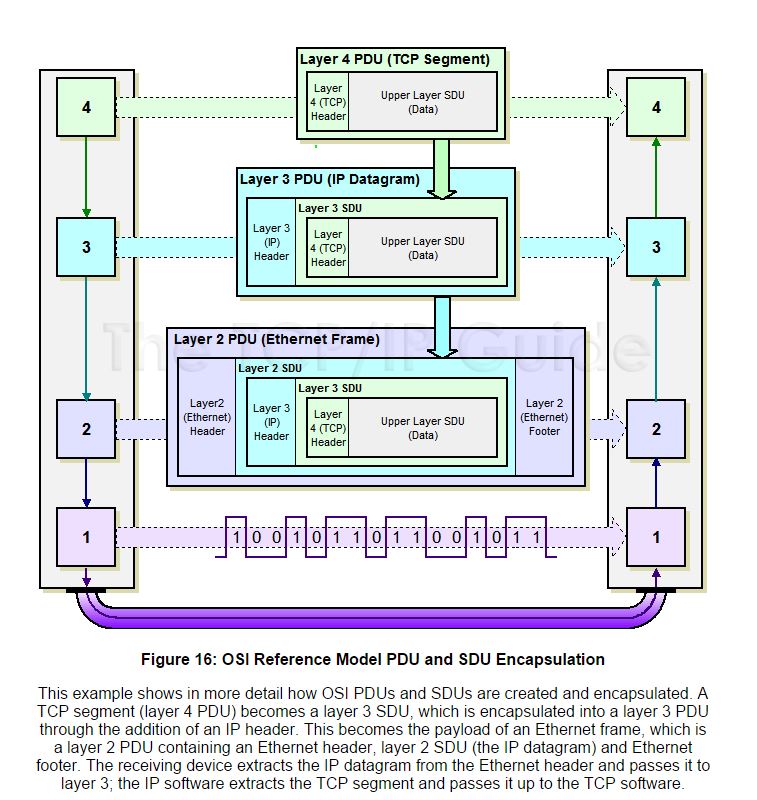 A protocol data unit ( PDU ) is information delivered ( messages ) as a unit among peer entities of networks containing control information, address information or data. In layered systems,PDU is a significant term related to the initial four layers of the OSI model.

In Layer 1, PDU is a bit,
in Layer 2 it is a frame,
in Layer 3 it is a packet
in Layer 4 it is a segment for TCP datagram for UDP
In Layer 5 and above, PDU is referred to as data.

A PDU at layer N is a message sent between protocols at layer N. It consists of layer N header information and an encapsulated message from layer N+1, which is called both the layer N SDU and the layer N+1 PDU.
Data encapsulated by these messages is not normally called a “service data unit” but rather simply the message body or payload

This is to be updated am trying to explain from my point of view but still not able to explain as good of this so the information is from http://www.tcpipguide.com .