Took a Course from Coursera.org and will post everything that i have learn here . Because behind all that technology there is history 🙂

So i will try to make a resume of everything related to that here .But i encourage all of you to take that course , it is free , easy and very resource full . Another thing is that this is my interpretation of the course and a resume for self reference . So if you like it or curious about it take the course its free and very ressourcefull !!!!!

During the War WW2 communication was very important and was one of the top priority for conducting any information . Communication was done through wired and wireless . Wired was secure but not for long distance so communication was done wirelessly and anyone could intercept the signal and try to decode it so they decide to encrypt with code making machine. Example Germany created Enigma , it was used to send orders for tactical and attack targets.

Peoples ( 10 000 ) at Bletchley Park ( England ) decided to try to crack the code through mathematical and they build these machines : 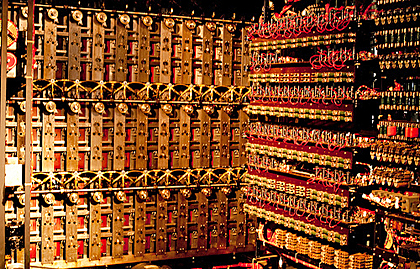 as the German encryption got better and better Mechanical Computer wasnt able to decrypt anymore so they had to improve for something faster , so was born the 1st Electronic Computer : the Colossus . 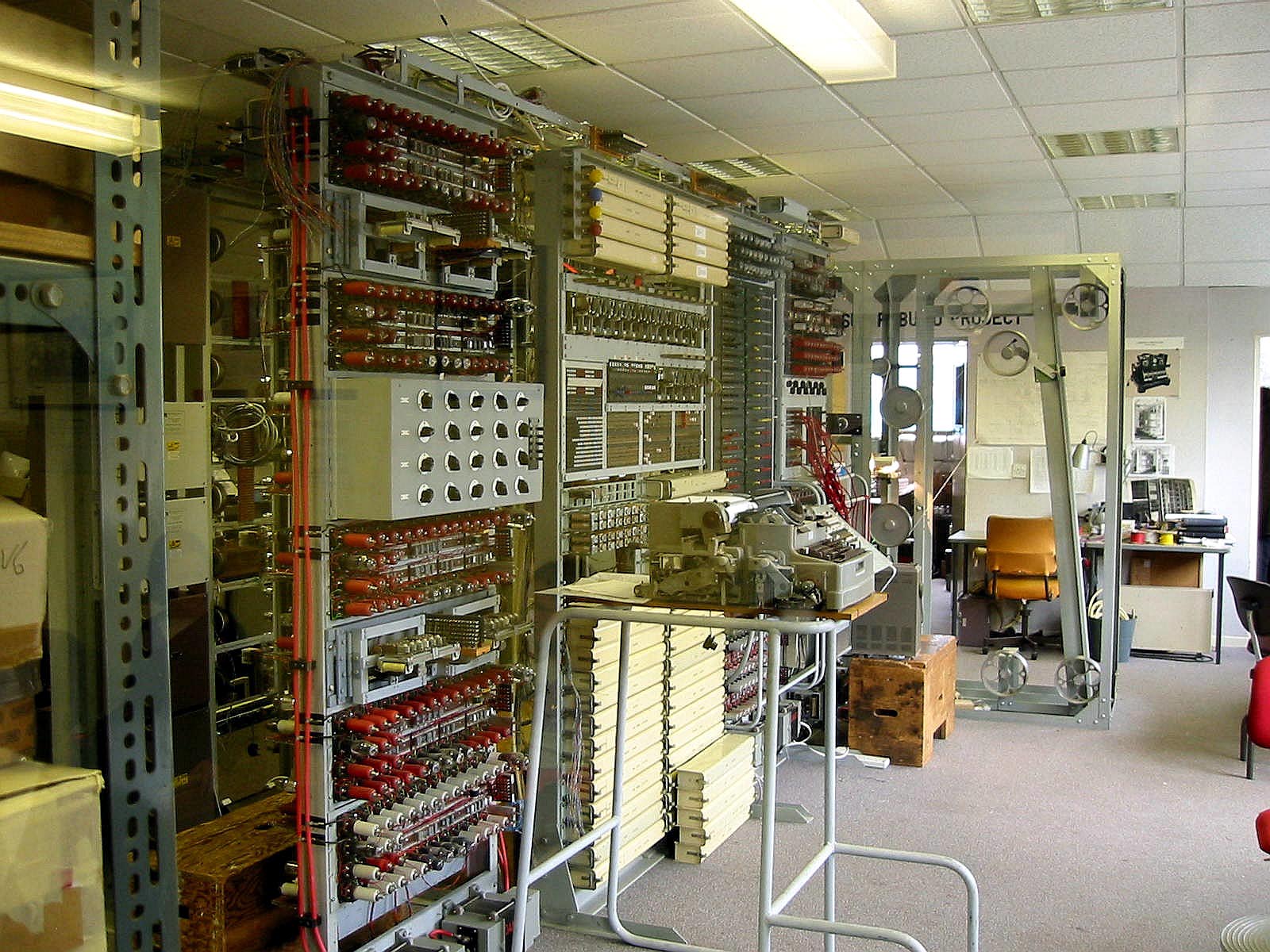 Bletchley Park could be compare as today to a science center , lots of people with lots of knowledge and skill were brought there together to solve the problems . But with all these people working together they were able to achieve more then resolving the cryptography problem but all computing related technology .

After the War they didn’t need the Bletchley Park anymore so they shutte down but all the people involved at Bletchley Park move to differente Academic like MIT , Manchester etc … They couldnt speak about the secret work they were involve but they knew something new that no other new !!! that electronics can do computation 🙂 .

So that was the beginning of the electronic computation era … so the 1st computers
Manchester Baby, Ferranti Mark 1 , Hardvard Mark 1 , US Amry ENIAC wasn’t the real 1st computers…. took almost 40 years to understood because all of it was kept secret from us .

In the 1960’s computers were share but communication between them was very expensive and was done through modem  and lease line .

In the 1970’s computer were able to communicate through Dial-up Access , charactere were encode as sound.

In the 1960s and 1970s will learn about the NSFnet ( the 1st internet ) and  had huge amount of research for US Department of Defense for the 1st wide area packet switched network . In the 80’s the 1st internet was formed to allow academic research to access supercomputer resources.

Store and Forward Networking
They were using dial up to connect ( phone line ) to connect to the computer ( 1 to 2 mile radius ) and all these other Computer ( academic ) were connected via Leased Line .

So when user was sending information ( email ( text oriented ) that could take 6 hours to 2 days to cross the country ), information was store on the 1st computer and then send to the other one … if a computer wasn’t responding then the information was store and keep trying until the other computer was back online so it could be slow but at that time was amazing as a new technologies . So they realize that they will need more Hops by adding more school for the same “Cost” of a Distance Wired .

And another Network came and it was call BITNET. At the same time the US Department of Defense was investing in a project called ARPANET so they could improve communication access to their computer accross the country and H.A and Redundancy .

By 1969 they were host on it ( lease line ) and were very expensive . For research and by 1972 they have around 20 lease line to test redundancy . The big difference between ARPANET and BITNET was the notion of PACKET SWITCHING .

So the difference is that the 1st technology you had to wait till the message was sent before you were able to send another one .

With Packet Switching , the message is broke into small chunk so others message can be sent at the same time in between each packets . Another thing is that it can travel through different paths and be reassemble at the Destination .

The Internet was infrastructure with a user interface and Urls.The Web was invented at CERN by Tim Berners-Leeand Robert Cailliau.

Mosaic was the 1st “consumer” web browser dev at NCSA
NCSA developed the 1st httpd web server which is the basic of the Apache web server
Most of NCSA programmers formed Netscape and made theur fortunes NCSA released it for free and focus on building standards to keep the web open.

1999 Year of the Web , Netscapewas Founded in April 4 1994 with Windows95 in November 1994 . JavaScriptwas invented to compete Visual Basic .
Netscapeslowly leakedto Open Sourceas Mozilla that became Firefox in the late 90’s.

Then Packet networks were developed . Packet Switching  was able to break each message into packets and was able to send the packets through multiple paths using computers called Routers 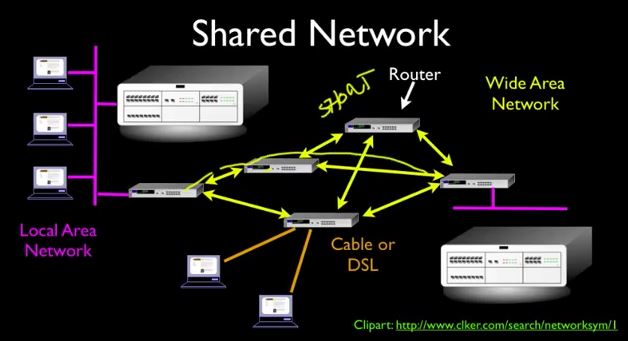 To make the network more manageable the decided to create the Layered Network Model “TCP/IP” best know as the Internet ProtocolsSuite and the “OSI” 7 layers for Open System Interconnection Model.

By breaking them into different layers , it is simple to troubleshoot and create new technology for each layer . By doing that they had to Create Internet Standards :
IETF Internet Engineering Task Force
RFCs Request for Comments.